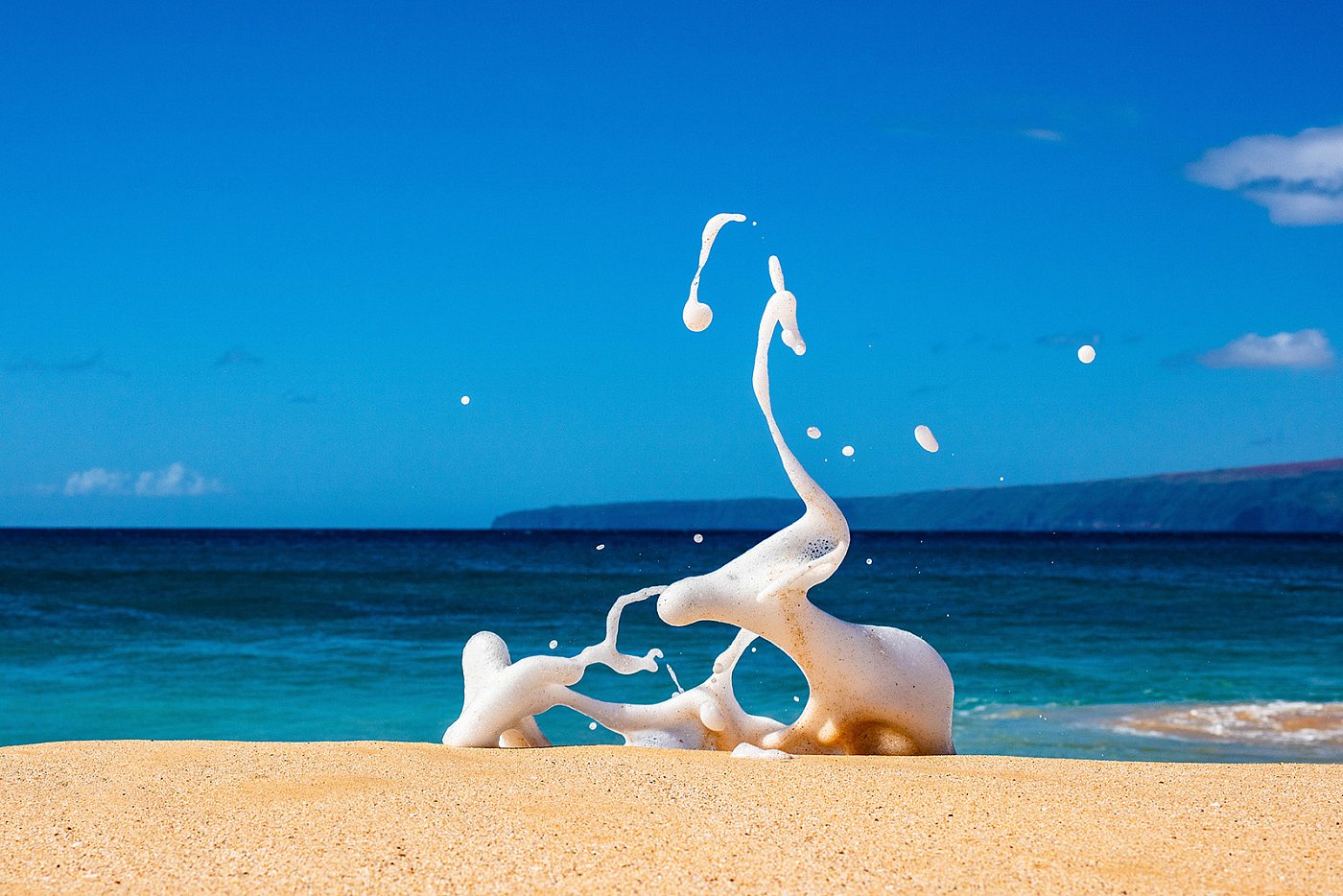 When hurricane strength gales blow south of New Zealand in the winter ( which is summer here in Hawaii), they generate energy pulses that reach Hawaii's southern coasts as waves. Most of that energy is released when the wave breaks on the shore, but under certain rare conditions, the water continues on, rushes up the beach and hits a sand berm to toss up an acrobatic spume of aerated fluff.

It happens in the blink of an eye, but photographer Cameron Nelson noticed the phenomenon at Makena Beach on Maui's southern shore. "It looked like dancing energy," he recalls of the first time he saw the foam dance. "I thought it would be an interesting photo if I could just find a way to capture it."

Ten years later Cameron can still be found lying on the sand at Makena trying to snap high-speed stills of the frothy explosion from "a crabs-eye view." Easier said than done: The waves must be large enough to reach the sand berm but not so big they wash it out. The tide must be high enough to push the waves up the sand, which happens only on the couple of days around a full or new moon. The sun needs to be directly overhead to eliminate shadows, and the berm must be sculpted at the perfect angle. "You might have fifteen days a year when you can capture this, but the beauty of photography is you can take a one-second moment and sit in it for an hour."

Cameron has dubbed that moment "the snow leopard" for it's elusiveness, but when it happens he captures dynamic, organic forms that the naked eye would miss: human like figures that seem to dance, a carnival parade reminiscent of a Dali painting, a twisting dragon rising from the sand. Cameron never knows what he'll  get, which is part of what keeps him coming back on those rare days, waiting patiently on the beach. But "if I ever get one the spells out aloha," he says, "I'm definitely going to be done." 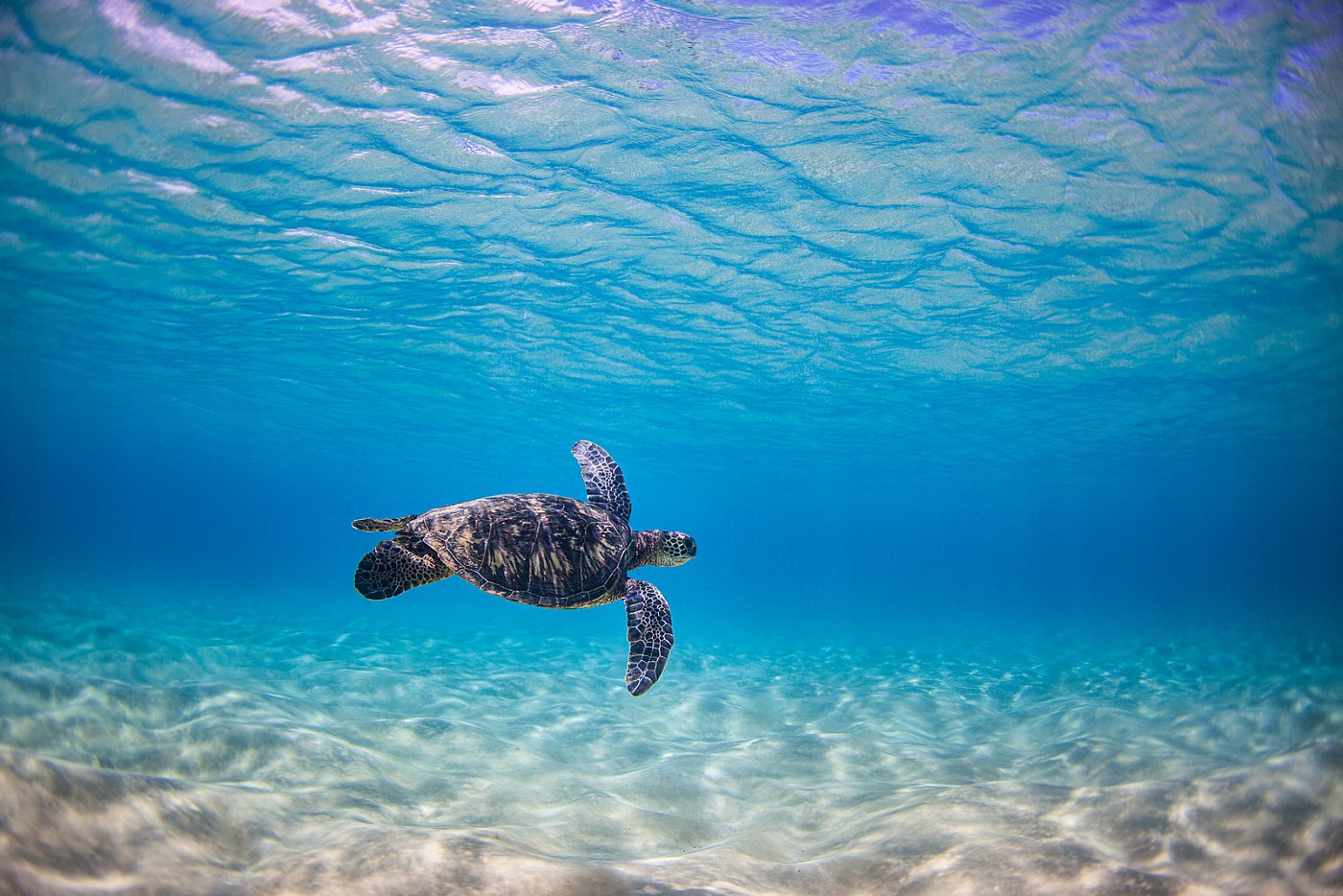 This "Hawaiian Honu" image was featured in Sony pictures film “Just Go with It” starring Adam Sandler, Jennifer Aniston, Nicole Kidman​ and Dave Matthews​ to mention a few. This movie was a romantic comedy that was filmed and released in February of 2011 and directed by Dennis Dugan.

These Hawaiian sea turtles can live to be 80 - 100 years old. They can also stay underwater for an amazing five hours without a breath of air. They are able to slow their heart rate way down and nine minutes may elapse between heartbeats. This allows they to sleep in small caverns in reefs on the ocean floor.​

When I was approached by the films director and asked how big I could make the photo, I replied how big do you want it? How about life size he said. Wow ok, I produced the image stretched on canvas at 6 feet wide x 18 feet long. One of the largest prints I've ever made! Truely a showpiece that now can be viewed and enjoyed in the lobby of the Mana Kai in Wailea, Maui, HI.​​​ 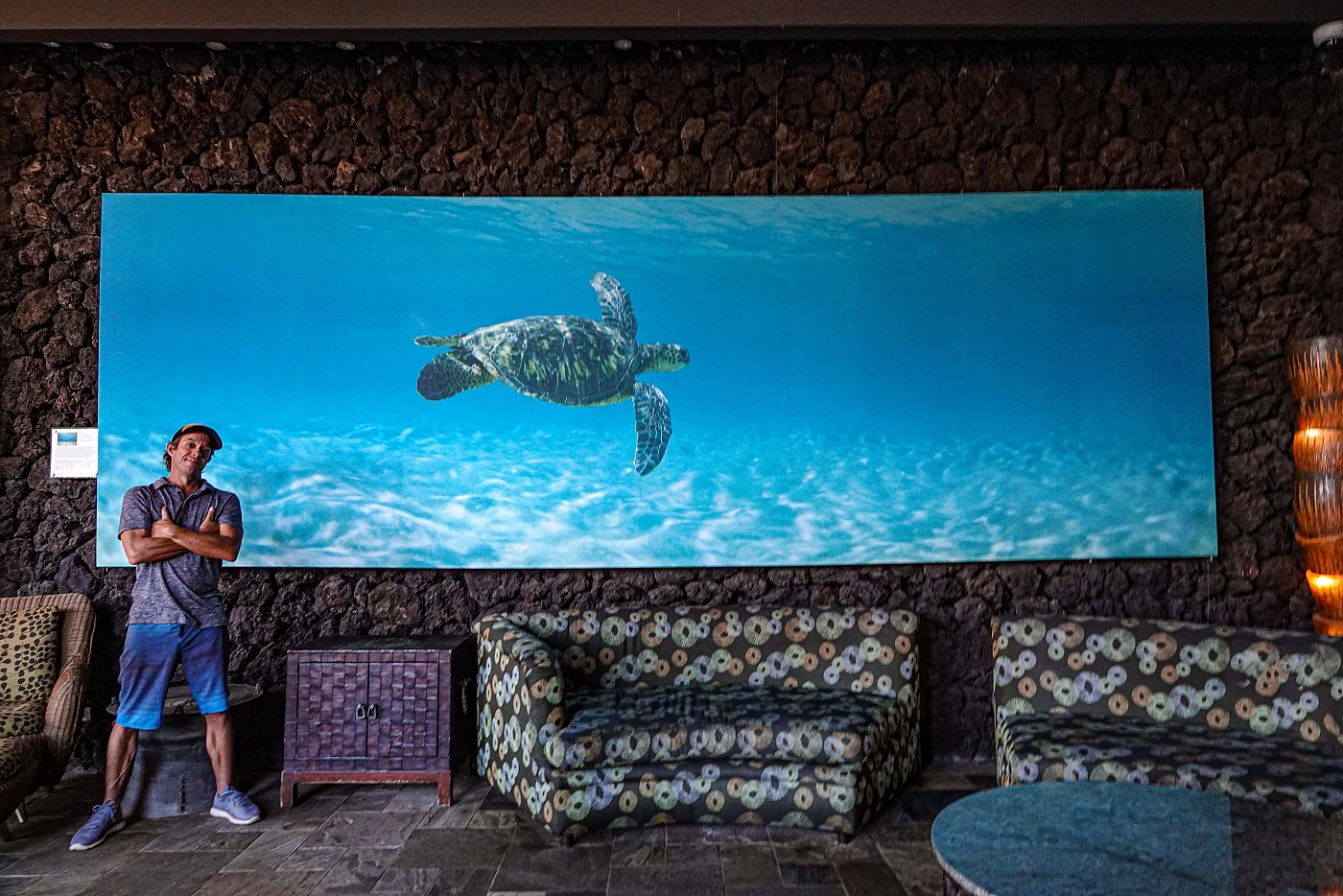 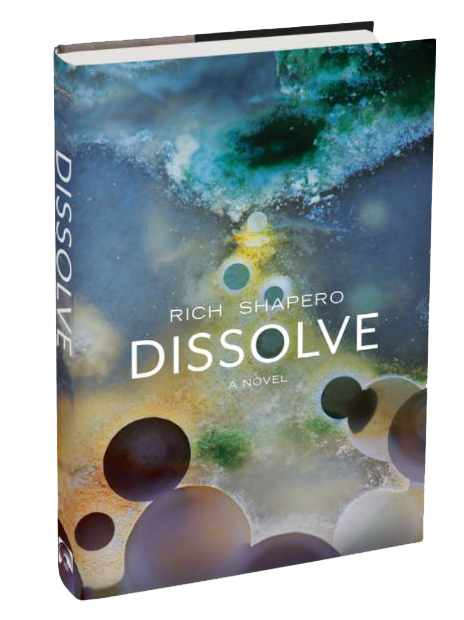 About the Photos
Q&A with Rich Shapero

Q: The Dissolve photographs, from which the animations were created, are of real, arrestingly beautiful rocks. Tell us about them.

RS: The Dissolve orb rock is a species of chalcedony commonly known as “ocean jasper.” While occasional samples surfaced during the latter part of the twentieth century, the first deposit was discovered in northwest Madagascar on a remote beach after a concerted search by gem hunter, Paul Obenich.

The rock was introduced to the gem world in 2000. Subsequently, a handful of small veins were discovered and mined between 2000 and 2013, all in close proximity to the original find. The material in those veins has been mined out, and there have been no new discoveries to date. Ocean jasper is made up of quartz crystals with a structure so fine that the crystals are invisible to the naked eye.

I collected samples of ocean jasper from 2013 to 2015, and they helped inspire the Dissolve project. Slabs were cut and mirror-polished by a variety of sources, including Obenich, the current mine owner, and Robert Cropp.

Q: And those stunning photographs?

RS: The slabs were photographed at magnifications ranging from 1X to 5X by Cameron Nelson. Slabs were placed on a copy stand with a black poster board background in a room with a skylight. All photos were taken using only that natural light source. No filters or additional lighting were used. 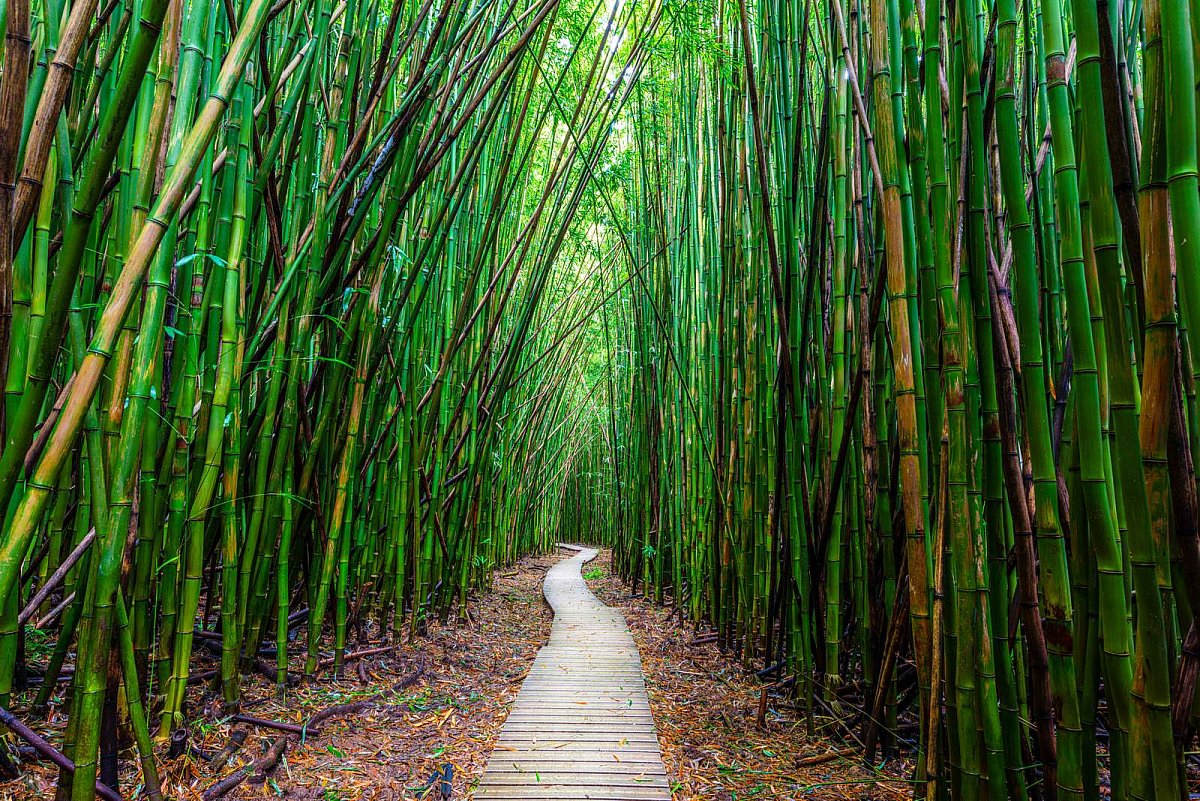 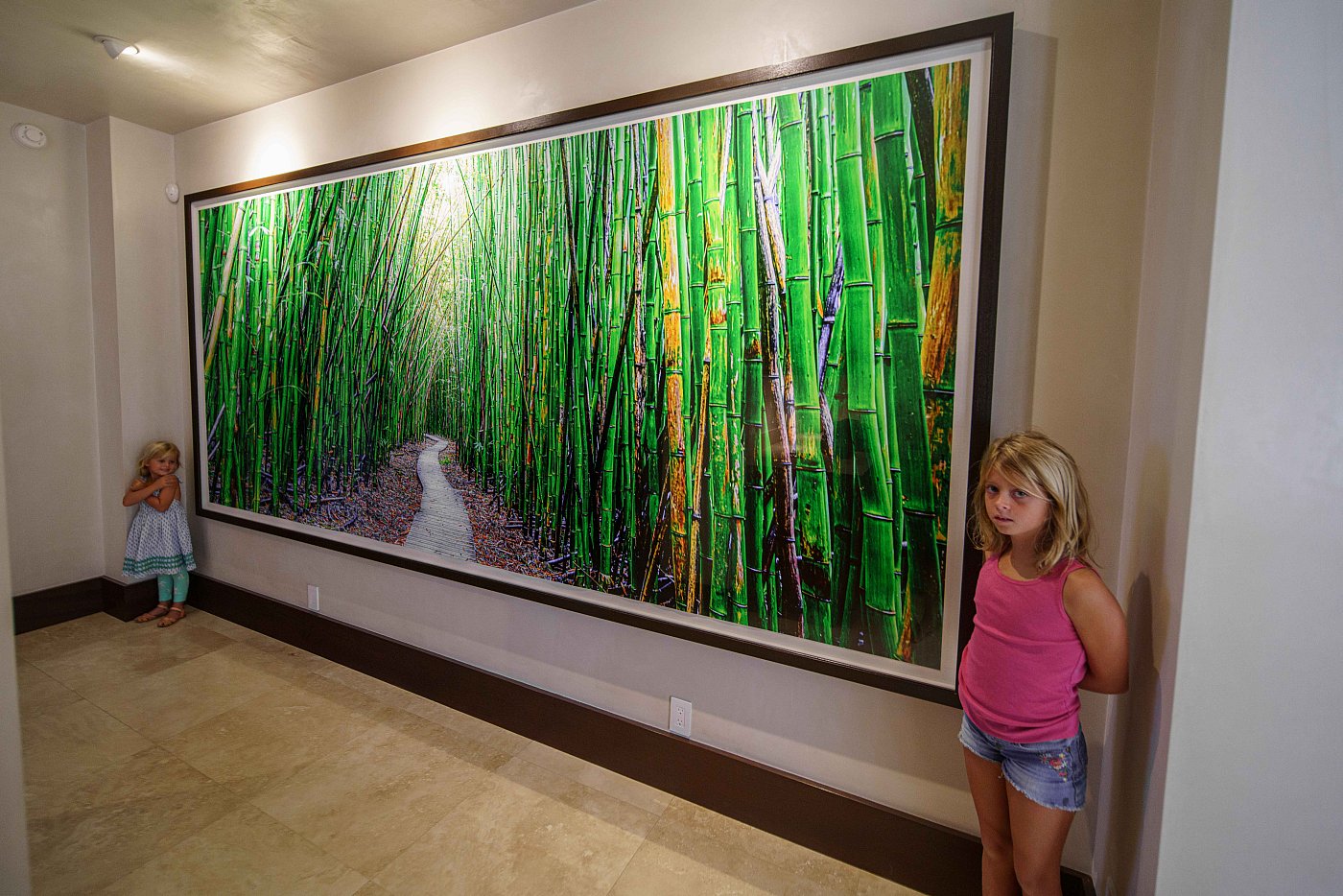 My personal journey and love affair for photography all started 27 years ago after getting a Canon film camera for my 20th birthday. At that time I was doing allot of traveling for my career as a professional bodyboarder. This meant I was able to go anywhere in the would in search for perfect waves in order to be photographed for promotion and advertisement of the surf equipment I was using. My first trip with this new camera was Asu Island located off the coast of northern Sumatra in Indonesia. This was a special trip since not only was this small island one of the most beautiful places I have ever seen, but I also got to go with professional surf photographer Brian Bielmann. It was over these two weeks that discovered my passion and excitement​ for photography. This experience​ would be the beginning of a 27 year journey exploring all of the different ways to look at life and light through a camera.

I am so grateful for all the artists, teachers and other photographers who have helped and inspired me along the way.

Thank you for signing up!